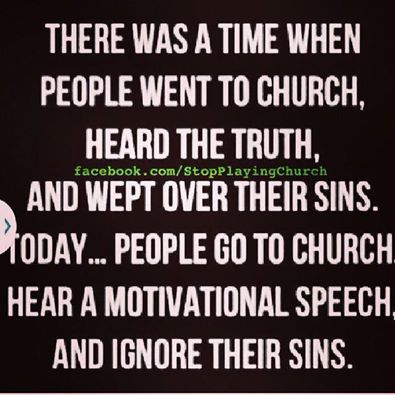 “And we know that God causes all things to work together for good to those who love God, to those who are called according to His purpose. For those whom He foreknew, He also predestined to become conformed to the image of His Son, so that He would be the firstborn among many brethren.” —Romans 8:28–29

“That I may know Him, and the power of His resurrection and the fellowship of His sufferings, being conformed to His death; in order that I may attain to the resurrection from the dead.” —Philippians 3:10–11

This is about one thing: the church becoming Christlike.

Unity is the consequence of Christlikeness;

Power is the result of Christlikeness;

Conversions are because of our Christlikeness;

Healed families, miracles and eternal life – all spring from one central source: becoming like Jesus in everything.

If our goal is something other than conformity to Christ, besides being spiritually unfulfilled, we will inevitably be left vulnerable to deception, sin and divisions……

Deception is the enemy’s ONLY weapon and he is good!!!

When I speak of becoming Christlike, I mean a few specific love-motivated realities, such as humility, submissiveness, intercessory prayer, and a mature, redemptive attitude of heart.

All of us need to seek God for a true revelation of Christ’s humility. Jesus said the humble are “the greatest” in His kingdom (Matt. 18:4).

In the church today, among leaders and congregations alike, we need the humility Jesus demonstrated when He girded Himself and washed His disciples’ feet (John 13:4–5).

….today in churches and ministries I see……

This is not an imposed humility but a choice we make as we seek the nature of the Savior.(to lay on or set as something to be borne, endured, obeyed, fulfilled, paid, etc)

Paul tells us to have in us the same attitude that we see in Christ who, existing in the form of God, did not regard His equality with the Father as a thing to be grasped but emptied Himself of His privileges and, in humility, took the form of a man – and then died for men! (Phil. 2:5–8). – HE WAS FULLY MAN while he was here – he hurt like we did, his emotions, etc

In other words, Jesus saw the need – as terrible as it was – and came to redeem it. He could have simply destroyed the earth; He could have ignored our need. Instead He died for us.

So what about us? When we are angered over things of this world, when injustice is in place, gov’t does things that anger us? Laws are passed that we don’t like or agree with? How do we respond?

His footsteps are the will of God for me. With all my heart I desire to walk as He did: without fear, motivated by love, empowered to make a difference, and willing to die for those who would crucify me.

When I speak of becoming Christlike, it includes being submissive to authority. Jesus grew up in subjection to His parents;

He insisted on submitting Himself to John’s baptism, though He was clearly John’s spiritual superior.

He submitted Himself to the injustice of Pilate’s secular authority, while entrusting Himself without fear to the power of the Father who judges righteously.

Christ’s eyes were not on Pilate but upon the Father who, would soon take every injustice and make it part of the plan of redemption. So, Jesus could submit to man because He had faith in God, the Father.

When we make our goal the meekness and submissiveness of Christ, we know we can trust God with our future.

Then we have no problem serving the vision and ministry of someone else along the way. And ambition, a cause of so many church splits, has no power among us.

Prayer and a Redemptive Heart Attitude

To seek Christlikeness means that when I see something wrong in the born-again church, or even in the world, I am capable of looking at it maturely without panic.

Because I am a person of prayer, I trust that God has a redemptive answer.

Do you recall how Jesus handled the demon-possessed man?

The individual confronted Jesus as He passed among the tombs; broken chains dragged from his wrists and ankles.

Yet within minutes Jesus had restored the man to his right mind, delivering him of the tormenting demons that possessed him (Mark 5:1–15).

The same Jesus who calmed the demoniac dwells in us. He doesn’t want us to be swallowed up by what is wrong; He calls us to transform it.

My call to you, is to walk as Christ walked, in humility and submission, so we can present to Him a church without spot or blemish or any such thing (Eph. 5:27).

I believe that Jesus is coming back and His return is only be held up by the church!!! The church plays the major part in end times – we have NO time to be angry, judgmental, fighting, causing divisions……

Let us persevere in trials, knowing God sees and judges.

CHRISTLIKE – it’s not a choice – it’s a life. Anything else is only legalism and we know that always FAILS!!! 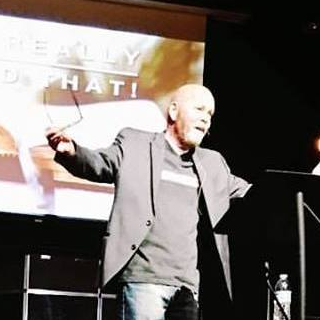